For more than 80 years, Saint-Gobain Crystals has been devoted to a single, defining mission: to engineer diverse, high-quality materials that transform technologies and empower a better world.

Through state-of-the-art R&D facilities, robust industrial-scale production capabilities, and a passionate team of extraordinary individuals, Saint-Gobain Crystals has consistently delivered on that mission. Our achievements include life-saving medical technologies, game-changing security capabilities and materials that have enabled revolutionary research — on this world and beyond. Since 1996, Saint-Gobain Crystals has provided scintillation detectors and materials for space missions such as the 2001 Mars Odyssey, the 2011 Curiosity Mars Rover, and the 2015 CALET Calorimetric Electron Telescope.

At Saint-Gobain Crystals, our team of researchers and engineers comes through the door each day ready to drive materials engineering forward in pursuit of advanced capabilities, forward-thinking technology, and a more fruitful future. With advanced techniques for harnessing the strength and precision of crystalline structures, we develop the materials that are powering the technologies of tomorrow.

This combination of solid science and bold ideas has allowed us to develop an industry-leading portfolio of high performance, high-reliability products including synthetic sapphire transparent armor, precision scintillation crystals, X-ray monochromator crystals and epitaxy substrates made of garnet.

We work closely with our clients to so they can take advantage of these innovative products and advanced capabilities — offering the support to develop ideas, the expertise to impact industries, and the vision to change the world.

1992 - Crismatec, the European leader in BGO production, is acquired.  Crismatec becomes the new name for the Quartz & Silice entity

Fueled by innovation, powered by leading technology and driven by the desire to make a difference, we provide advanced engineered materials that bring your bold ideas to life. 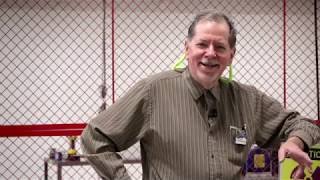